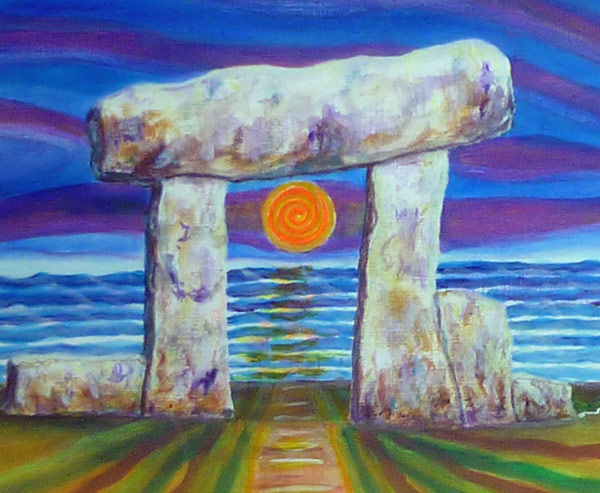 Mother Earth is the planetary aspect of the Divine Feminine Energy. It is personified in the Goddess - the creative energies of the Creator and the life of all creation. It has no form or gender; it is simply energy or a vibration, like the pulse within our own physical bodies.
Malta is the manifestation on Earth of the Divine Feminine. The connection and bonding with the Mother is very much present in the Maltese psyche. The old prehistoric heritage sites, the new Christian era buildings, the landscape and the whole natural environment of the Maltese islands aspire to the maternal expression.
Malta is an experience of the Goddess and Mother vibration that has been buried and sealed in this sacred ground, covered over by millennia of domination and abuse. It is waiting in earnest to be re-activated and re-anchored on Earth.
SACRED LAND OF THE GODDESS/MOTHER
The Maltese kept their links with this Feminine energy. Throughout their history they moved from honouring the Goddess during the prehistoric period to venerating the Virgin Mary during its long Christian story. In ancient times, Malta was also known as the Island of the Triple Moon Goddess in its three-fold aspects of the Goddess, namely, Power, Love and Wisdom. 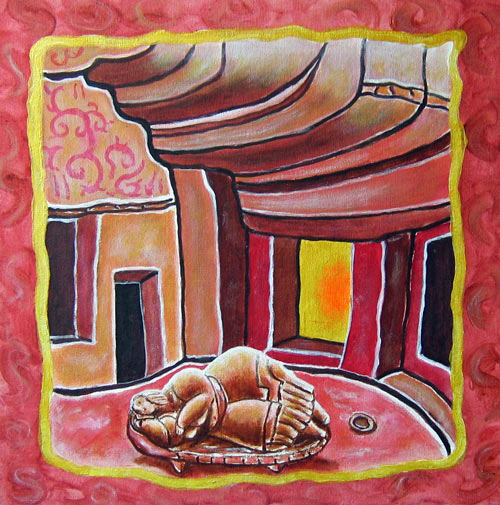 THE GODDESS ENERGIES
The concept of the goddess is present in all the world religions and beliefs, but we are not talking about Gender; the Goddess is about Energy or Consciousness. The Mother Goddess is the feminine principle of the same Father God. It is the higher wisdom of the Divine – the Sophia.
During the temple period the locals honoured the Divine Feminine Energy of the Goddess. The temple people had reverence and respect for the Divinity, they honoured its mysterious and magical energy, and they collaborated with its creative plan on earth.
The modern Christian period started with the shipwreck of St. Paul in the year 60 AD. He literally casts the serpent into the fire as narrated in the Acts of the Apostles, and thus the worship of the female deity was eradicated forever. The serpent was the most ancient symbol of the goddess.
We can see today how we, as a species, have lost that connection to the energy of the Goddess and how we almost eradicated it from our consciousness. Just look at the way we live with no feelings and connection with nature!
Yet, somehow, the Maltese kept their links with the Mother as they passed from honouring of the goddess to the veneration and devotion of the Virgin Mary. The old prehistoric heritage sites and the new Christian era buildings express this maternal link. This Divine Feminine energy is buried and sealed in this sacred ground, waiting in earnest to be re-activated again.
Many churches on Malta are dedicated to Mary. Some were built on prehistoric sites; and it is not a coincidence that the three domed churches we find on these islands are actually built on prehistoric sites: the Mosta Dome, the church at Mgarr in Malta and the Xewkija Rotunda in Gozo. They were or had to be built in a circular structure like the temples as the dome round shape amplified their energy. (Check 'Islands of Dream' for more details).
All the churches are powerful houses and healing centres of the Marys. All the Marys mentioned in the Gospel, from Mary, mother of Jesus, to Mary Magdalene to Mary Salome, were healers, teachers and vessels of great wisdom whose main purpose was to heal the glia brain - the other brain within our body that is connected to the higher consciousness.
“Happy are they that have eyes to see and seeing, can understand.”
Check Mary Hardy's book: The Alchemist’s Handbook to the Glia Brain and Higher Consciousness.